Helping your child to get in touch with their senses might sound a bit hippy-dippy. but when it comes to having a child who is confident, resilient, adaptable, and co-ordinated, their sensory development is key.

We’re all familiar with the five senses of sight, touch, sound, taste and smell. But there are two more senses you may not have heard of, which are VITAL to your child’s ability to orientate themselves and react appropriately to their environment. Want your little one to be adept and comfortable in their surroundings? Read on…

Proprioception is self-awareness of where our body is in space. It’s amazing how we can sense and control our body position in a split second, often without even ‘thinking’ about it. 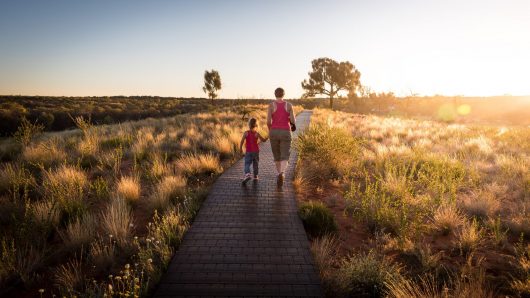 Children who spend a lot of time playing outdoors end up with a very strong proprioceptive sense. Think about activities such as clambering over rocks and climbing trees – which hand should go where? How much force do I need to use from my right foot to propel myself upwards, so that my left hand can grab onto that outcrop? How far will I have to crouch down in order to jump high enough to get myself to land on the other side of that sharp rocky bit? It takes far, far longer to even type that sentence than it would take a child to assess the movement required and carry it through. And when little accidents happen? Those mistakes complete a feedback loop to the brain, ‘jump further out next time’, or ‘hold on tighter’. Kids get stronger, more confident, and more resilient. They are problem-solving. They become more co-ordinated. And they are actually safer.

Proprioception very often works hand in hand with our vestibular sense, which has to do with balance and spatial orientation. Yes, that’s why playgrounds often have merry-go-rounds and monkey bars – encouraging children to test their reaction to gravity by spinning around and dipping upside down will get their vestibular sense working. Even old skool games like ‘Ring o’ Ring o’ Roses, a pocket full of posies, a-TISH-oo, a-TISH-oo, we all FALL DOWN!’ challenge a child’s sense of self in space, spinning around and falling down.

‘Unlike television, nature doesn’t dull the senses, it amplifies it.’ I LOVE this quote from Richard Louv, founder of the Children and Nature Network.

If children spend too much time indoors they are at risk of stunted proprioceptive and vestibular senses. They may be clumsier, often dropping things, crashing into things, and accidentally knocking things over. With a three-year-old in my house, believe me, things get bumped over and broken! But it’s improving as my son gets older and I can see that he is much more considered in his movements now than he was six months ago. And the more we get outdoors where his senses are amplified, the more co-ordinated he becomes.

So there you go – perhaps cabin fever is not just a state of mind! Getting active outside is crucial for all of us in so many ways. Encourage your child to clamber over obstacles, jump off things, push and pull heavy objects, and climb trees. All of their senses will benefit, and they really will become more ‘balanced’ as a result.

Your child’s sixth (and seventh) sense

Step Ahead is a beautiful childcare, a warm and welcoming space, with caring and supportive teachers.

Our son loves going to Step Ahead, he’s absolutely thriving and benefiting from the rich and supportive learning environment. I love to hear all about his day from him or his teachers. We couldn’t have hoped for more from a child care centre, the home-based feeling creates a nurturing second home for our boy. Thanks team you are amazing!